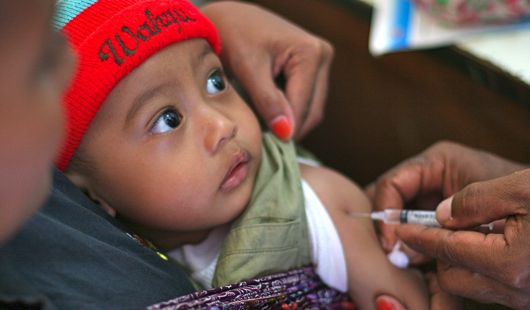 Does faith grow? I’m sure it does. But why doesn’t my faith work like a vaccine to life difficulties even now? As a child got a vaccine, usually the antibody gets formed in his body and it fights against the germ of the disease. The antibody protects the child from it and at least worry about it isn’t big. As one gets the spiritual shot of faith and it grows in him, one may want it to form the spiritual antibody that it protects him in later struggles. However, my faith didn’t work like that until recently. Why? What was wrong with my faith?

I suffered a lot in waiting for the approval of my religious worker’s visa until about this time last year. Yes, it was not easy to be patient during the extraordinarily extended processing time having no idea of what my family would do according to the result. I was being tortured throughout the period and I felt like my blood was being dried up. I got a trauma that even until a few months after I got the approval I still had to wake up in it many mornings.

The trauma was resurrected recently about a year later. As my wife had to go to Korea this time, she had to get the visa stamp on her passport from the US embassy in Seoul for her to be able to come back home. Her visit was the first time since she came here from Korea, 10 years. “It’s no big deal,” said two immigration lawyers I checked with. Yet, I became so anxious worrying about the worst scenario that it may take so long as in the previous case. I tried hard not to worry but I couldn’t help. I lost my ‘pretty’ smiles, my ‘talkative’ mouth as well, and even focus on my works.

Why did I look at the dark side instead of the bright? Is the attitude justified because I had such an experience in the past? Where was faith? There must be something wrong with my faith! My anxiety indicated that I wasn’t acknowledging the fact that God gave me the R visa approval at His time. I was still complaining about the wait time, which must be necessary for Him to reward me. I was still looking at the dark side I had made up in anxiety though He showed me that there was no dark side in Him (1 John. 1:5). I didn’t get the lesson in His discipline. He loved me the way He does His children (Heb. 12:7). But I wouldn’t get it. If I had gotten it then, it would have formed the antibody and it must have protected me from anxiety this time.

방문을 감사드립니다 Thanks for visiting my blog