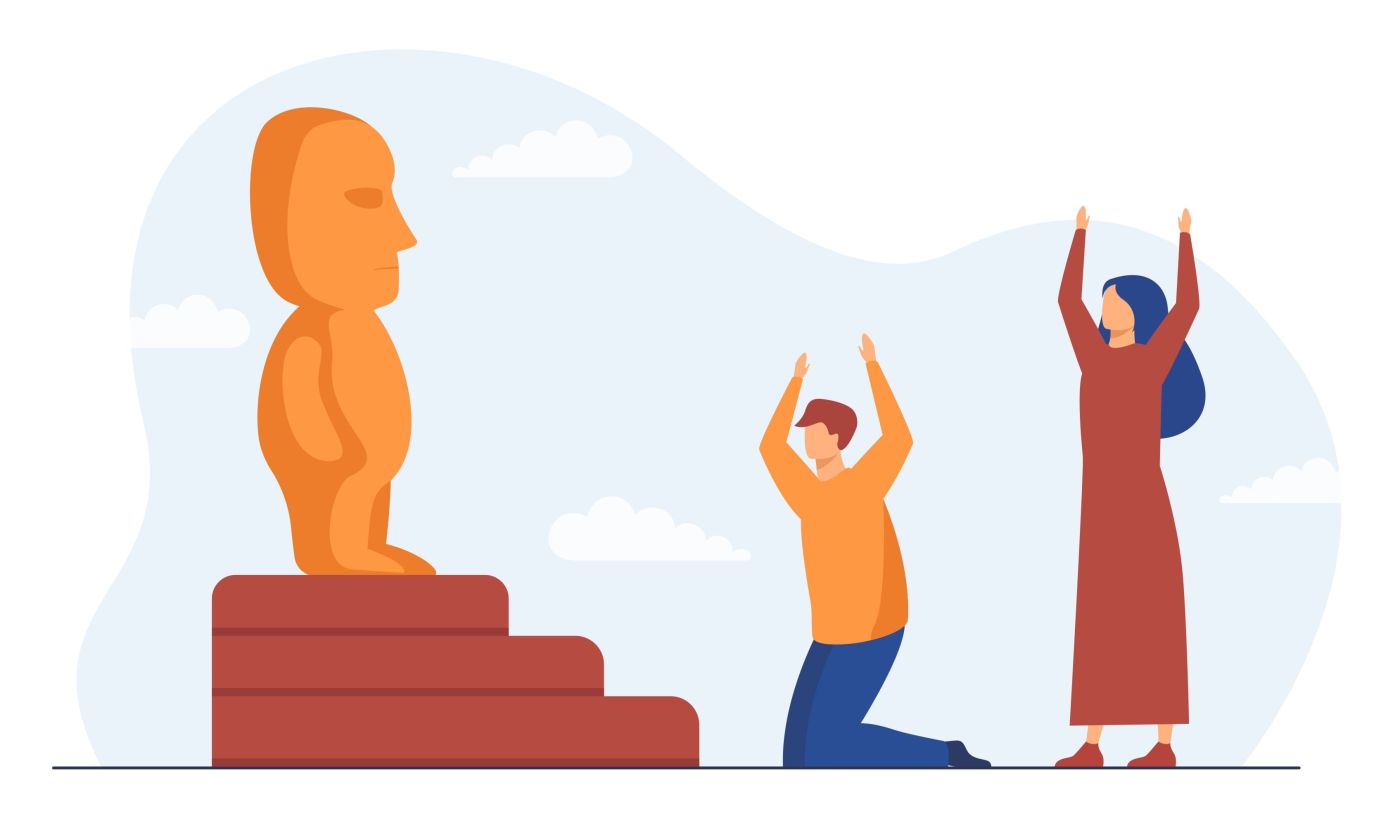 God is not constrained by our thoughts. Even the best thought of the best Christian can’t fathom the wisdom of God and the plan of God. Man tends to think of God according to what he knows, feels, believes, and wants about God. Nevertheless, God is always bigger than he thinks, knows, and even believes. So it is a mistake to view our lives, believing that God is the Lord of our lives, in our perspective of God. Instead, we have to know that God is different than we think or imagine, and His way is different from our ways (Isaiah 55:8; Ephesians 3:19-20). Let’s see some examples in the Bible.

God destroyed the world with water, except for those who were saved through Noah’s ark. Correct. He destroyed the world He created because sin filled the world. However, destruction? It sounds way bigger than we might do if we had been there. Can any of us give us the reason of God why He chose that extreme resort?

Abraham and Sarah received Isaac when they were 100 and 90 years old. We wonder how God is powerful. Yet we may also well wonder why at those ages. We say that God tested them or He called them late in their lives at least. However, God must have known them before they were born and could have called them when they were younger and healthier. Why did He delay so long? This delay was one of the reasons that they messed up with Hagar and Ishmael. Ishmael was Abraham’s seed anyway, but why didn’t God use him, and should He wait for Isaac? Okay. We know the reasons that the Bible tells us. My question is, why God planned like that?

God did not allow Moses to go into Canaan land. Poor Moses! He led the people for 40 years, and God acknowledged Him, even after the event at Meribah (Exodus 17:1-7), as the meekest servant to Him (Numbers 12:3). Moses even pleaded with Him to change His mind and let him go into the land of Canaan (Deuteronomy 3:25-26). Any of us would have to forgive Moses and his sin or mistake and allow him to enjoy the land. Nevertheless, God was angry with him even after almost 40 years had passed. Why? God is the one who commands us to forgive. But why did He have such a thing which seemed like a grudge? I would have done it differently.

God let the child born from Bathsheba and David’s immorality die. This may be the most difficult case to swallow. What did the child do wrong? Why did the innocent and pure baby have to die for David and Bathsheba’s sake? Was the baby a scapegoat or a ransom for the parents’ sins? If any one of us even says such a thing to the parents who committed such sins, he or she would be regarded as committing the sin of condemning and also planning to take an innocent life. Definitely, it is above and beyond Christian ethics and morality. Nevertheless, God did it.

God gave excruciating suffering and pain to Job, His faithful, upright, and blameless servant. We know how the suffering happened to Job. We know that God is in control of everything. However, why? Why Job? We don’t understand why God had His upright and blameless servant Job go through such pains and agony, even twice. I would not have done that to Job. But God did.

Would we say it is right if any Christian does what is mentioned above? No way! Nevertheless, God did all those things and accomplished His will. So who can say that “I know God’s way”? Paul said in effect in Romans 9:18-21, “So then he has mercy on whomever he wills, and he hardens whomever he wills. 19 You will say to me then, “Why does he still find fault? For who can resist his will?” 20 But who are you, O man, to answer back to God? Will what is molded say to its molder, “Why have you made me like this?” 21 Has the potter no right over the clay, to make out of the same lump one vessel for honorable use and another for dishonorable use?”

So what is the best policy we can get from this unfathomableness of God’s way? I agree with Job, who was going through suffering, not knowing why the suffering happened to him. He said, having asked so many questions, “Behold, the fear of the Lord is wisdom, and to turn away from evil is understanding” (28:28). Ecclesiastes gives us the same answer: “Fear God and keep His commandments” (12:13). James said this in his words, “submit yourselves to God. Resist the devil” (James 4:7). Peter said in effect, “Humble yourselves, therefore, under the mighty hand of God so that at the proper time He may exalt you, 7casting all your anxieties on Him, because He cares for you” (5:6-7). It is what Jesus said and did: “Christ Jesus, 6 who, though he was in the form of God, did not count equality with God a thing to be grasped, 7 but emptied himself, by taking the form of a servant, being born in the likeness of men. 8 And being found in human form, he humbled himself by becoming obedient to the point of death, even death on a cross” (Phil. 2:5-8).

Therefore, we should not constrain God in our own wisdom or understanding. If I understand Him fully, either of these is true: I am God, or my God is an idol. But it is sure that we are not God, nor is God an idol. Therefore the only and best way that we can take is to “fear Him and keep His commandments.”