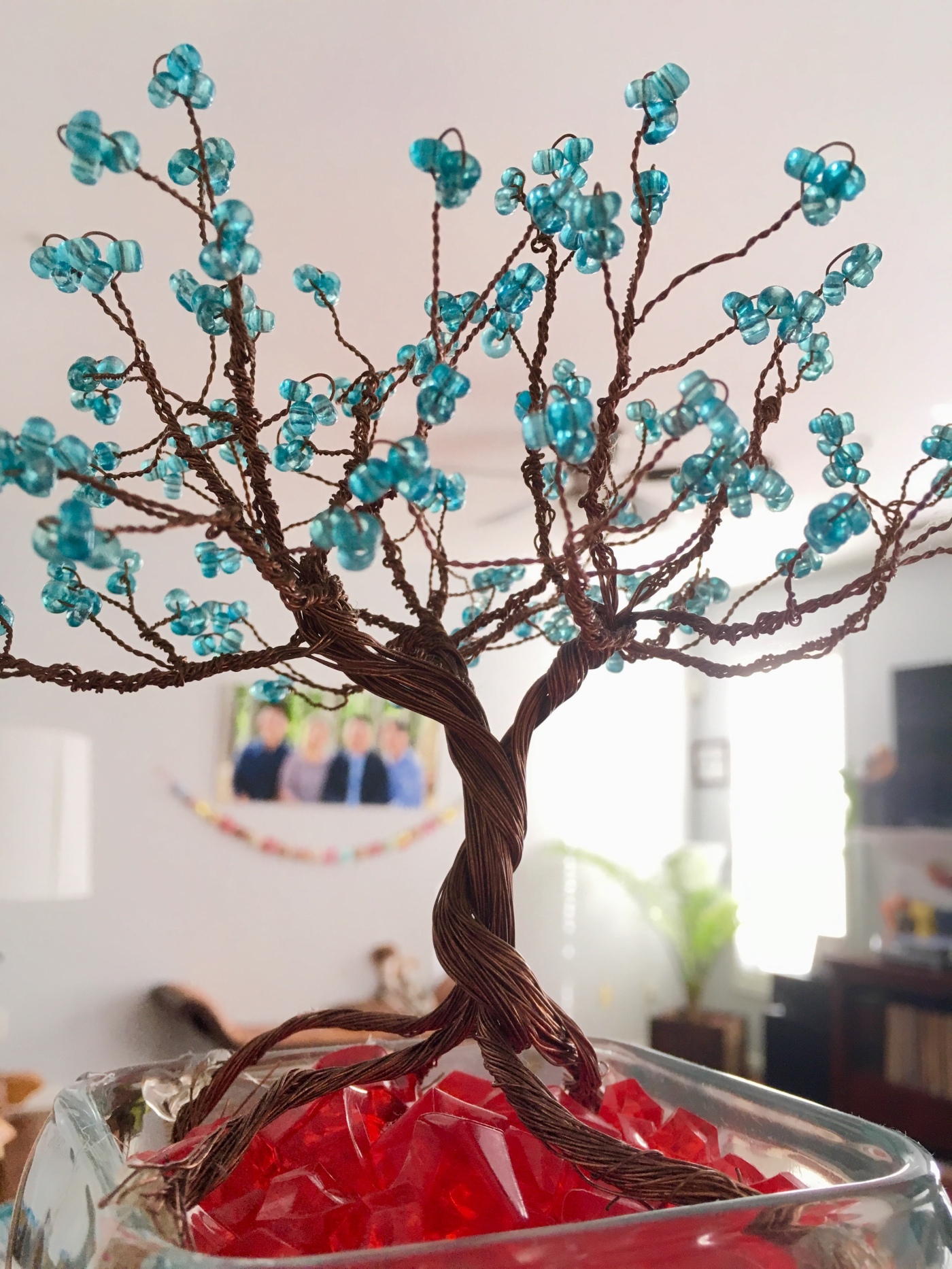 Daniel made the tree for Father’s Day 2017. He intertwined and twisted copper threads to form the roots, bark, and branches. At the end of the threads, by putting the bids, he made the tree look like leafy and fruitful. He was too young to perceive the hardship my family was going through then. So, it was uncanny for him to make the tree, which I think is an iconic thing of the time of my family.

One of the hardships we were passing then was related to David’s college education. I could not afford to paying his school cost and, even though he had been an excellent student in all schools, he could not get a college education. Yun-Sook and I had serious health problems but what broke our heart was not them but David’s situation. He did his best as a son, but we could not do our job as parents. That broke our hearts.

However, we never gave up. Finally, he got an admission to FHU for he awarded a considerable amount of academic scholarship. I got surgery and got released from the health issue. Yun-Sook also got surgery and removed the bad thing out of her body. All things worked out and we overcame the hardships.

Now the tree is two years old. David finished his second year at FHU and was admitted as a Summer intern in Lehman Ave. Church of Christ at Bowling Green KY. He learned a lot and grew a lot spiritually, I see. Yun-Sook and I are healthy.

This morning the tree caught my sight and reminded me of the year Daniel made it. My family could overcome the hardships because we were intertwined and twisted together to form one living body. And the newborn body was powerful, not because of our power but because of the power working in us through faith, which was from God and the love of God.

I hope to share with all who are having hardships this idea: Stay together with your family, blood and spiritual, and let the power of God work in you by your faith. Then you will be able to overcome hardships and enter the new land.

Thanks for visiting my blog