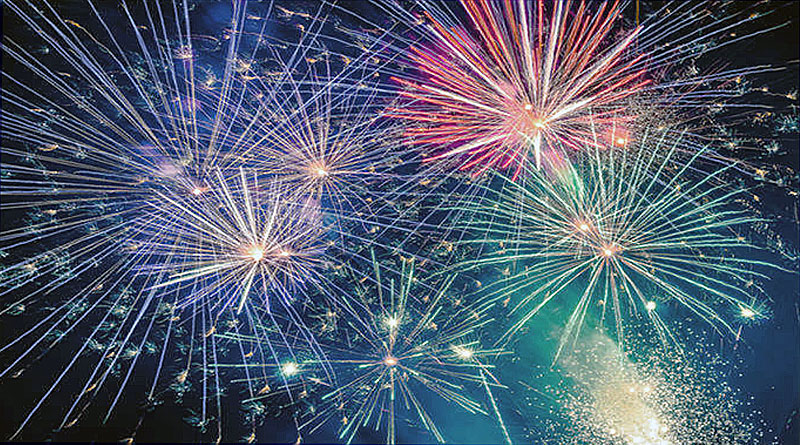 I was at Fort Walton Beach, Florida, about 350 miles away from home, on the 4th of July night. The fireworks were painting in the air various beautiful light pictures and people here, and there were shouting wows looking up at the pictures. Hearing the thunders and glancing at some of the fireworks, I was at a picnic table on the beach eating sashimi cut out of bluefish we caught there with two Korean young men whom I was reaching out and took to the fishing trip. Two thoughts flashed like the lights of the fireworks, regarding the church and being a Christian in the US.

How Are Churches Doing?

As I was serving some Korean-American seniors, I was many times surprised to see how the State was doing great for her people. Sometimes I, as an alien in the US, even got jealous of the American citizens for the great benefits. The surprises then turned into a question: Are the churches in the US doing better to people than the US government is? If the answer is yes, people, who look at the churches, would crave better for the citizenship in heaven than American citizenship. However, if the answer is no, which would be more pursued by people between American citizenship or the heavenly one? While they are eligible for the benefit that the State gives and do not feel a want for their lives, how would the churches still make them desire for the Church of Christ?

The idea made me scary in thought: Maybe in the US we, the Church of Christ, are competing with the State in a sense. If people feel what they get or can get from the Church is not more important than they are getting or will get from the State, they will not seek eagerly for the membership in the Church more than they do the American citizenship.

How Are Christians Doing?

How Are They Supposed to be Doing?

The Church is the body of Christ, who is the Lord of lords and King of kings. If Christians make God and Lord, therefore, felt by people less significant in their works for people than the State or the president of their countries, they may not be meeting their calling to shine their light so that people around them may see their good works and give glory to God (Matthew 5:16). Then the Lord would be ashamed to call the churches as the His body.

A church is supposed to manifest the reign of God, not that of “Caesar”. How are our churches in the US doing this job? Aren’t we, as Christians and ambassadors of the kingdom of God, painting pictures seemingly beautiful but disappearing so soon like the fireworks that an earthly country does for her people? Are the glories, which we think are reflect Lord’s, really Lord’s? These thoughts flashed in my mind hearing the thunders of the fireworks and eating the sashimi with the two young men on the 4th of July night.

Thanks for visiting my blog